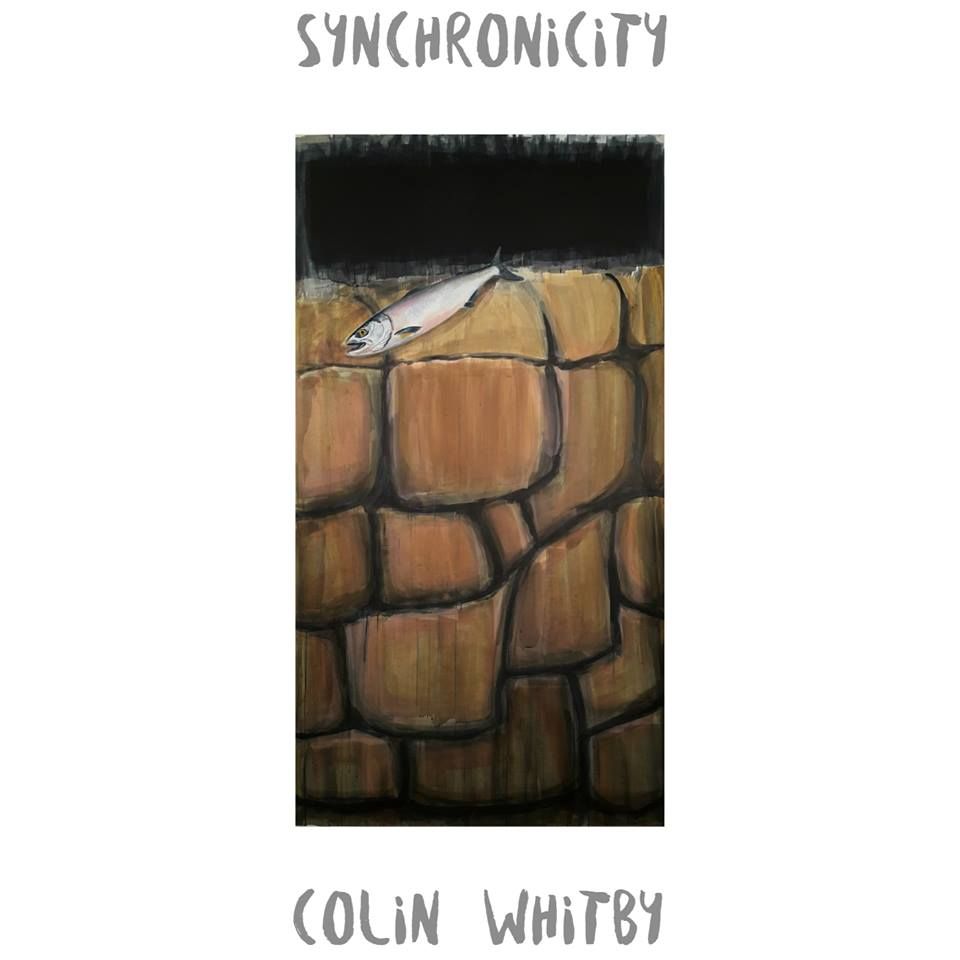 The title of the album Synchronicity is an indirect, playful reference to the ‘unexpected’ meeting of diverse genres and instrumentation encountered in each of the seven tracks, and specifically to their potential use for sync in film projects etc. Apart from pure listening pleasure, these seven tracks were created with “music sync” in mind. Besides a wide variety of musical influences, from Classical to Jazz, Funk, Dub, Industrial, traditional Ethnic, Ambient and Experimental/Systems music…psychology also plays a part. Generally, and creatively, the work of Swiss analytical psychologist Carl Jung is an important inspiration to Colin Whitby, who is also a visual artist. Jung's belief was that, just as events may be connected sequentially by causality, or chronologically stem from cause and effect, they may also be connected by meaning that arises seemingly without any apparent, logical process, by chance or coincidence – without overt reason.

Whitby does not restrict his musical choices by following a strict musical system; rather he finds himself naturally inclined to a non-hierarchic eclectic field of musical directions. Informed by a musicological interest as well as passion and flair for music composition, Colin Whitby has been working with audio production and music creation software for close to eighteen years, eventually producing his distinct ‘hybrid’ compositions. Interestingly, this hybridity also somewhat reflects his experience of living and working in a geographical region that has been a historical melting pot of diverse ‘hybrid’ cultures to this day. The Nusantara or the Malayan Archipelago was part of a centuries-old trade route that connected merchants and seafarers from China to India, to Arabia, Africa and the Mediterranean and Europe. With trade came exchange of cultures. Today, the cultural diversity of the region can still be traced from this period of maritime history. The hybrid genres of the seven tracks are like distillations or ‘time capsules’ of “world” music, and, is it coincidence or no coincidence, that Whitby hails from the historical port city of Liverpool, England, whose seafarers would have reached the Nusantara centuries ago? All seems to be rather in “sync”, in that meaning has come about in ways more than meets the eye; via unforeseen connections!

The seven tracks were created with “music sync” in mind. The title of the album Synchronicity is a play on the word “sync” as in potential synchronization with film projects and other media. It also kind of refers to the ‘unexpected’ meeting or surprising co-existence, if you like, of disparate and diverse genres and instrumentation in a ‘shared space’. I wanted to create nuances, shifting grounds, unexpected juxtapositions that keep the listener guessing. Each track came about naturally from personal experiences and choices made from a wide field of musical interests I had developed over the years.  The end result, the album as a whole, I think is a landscape of diverse sounds, a kind of confluence of styles and genres. Each track is a small ‘window’ onto a ‘soundscape’ coming out of a disparate range of instruments. They variously refer to the timeless classical past and contemporary eras of the West, to tribal/ethnic chants, to tonal shapes and structures that point to the more ‘futuristic’ allusions of minimalist Systems Music. Each track holds subliminal ‘cinematic memories’ or ‘themes’ inspired by film moments, perhaps continuing in the tradition of “Music for Films” (Eno) and “Pictures in an Exhibition” (Mussorgsky).

Effects tracks on: “Off the Rails” Colin Whitby